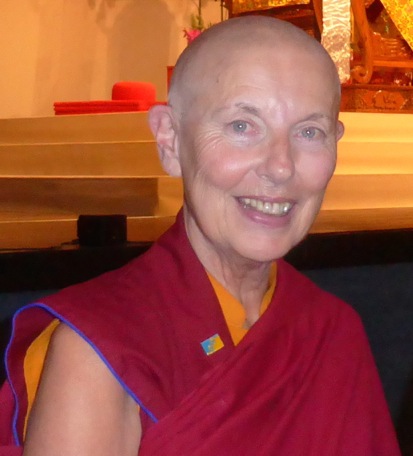 Ani Rinchen Khandro is a life ordained Buddhist nun who studied and practised Buddhism at Samye Ling Monastery, where she also ran the Holy Island Office employing her skills as a writer and designer to fundraise and publicise the Holy Island Project. Her connection to the island was further strengthened when she entered its first women’s closed three year three month retreat.

In 2008 she was appointed by Akong Rinpoche and Lama Yeshe Rinpoche to establish Kagyu Samye Dzong Edinburgh Tibetan Buddhist Meditation Centre for Peace and Health, where she currently manages and teaches in it’s iconic premises at 25 Bernard Street in Leith.